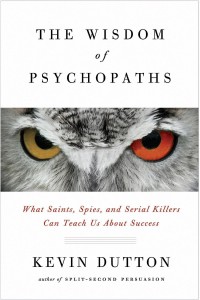 Just saying the word psychopath makes us think of stone cold murderers, rapists, gangsters, con-men, and dictators. Images of Hannibal Lecter, Dexter Morgan, and even more frightening real life psychopaths like Ted Bundy and Jack the Ripper. The media loves to paint the psychopath as an almost supernatural being who preys on the vulnerable and charms their way out of any trouble. We see psychopaths as outsiders who keep themselves to themselves and rarely interact with the rest of society…until they strike…

The fact is that the portrait painted by films, TV, and the media is only a tiny part of the whole picture. Yes, we’ve all heard of the real life psychopaths who have inspired the likes of Hannibal Lecter, who really pushed the limits of what it is to be a psychopath, but consider the following: A study in America found that about 1% of the population consisted of psychopaths. The population of the United States is a little over 300 million, that would mean that if 1% of those 300 million are psychopaths, then there should be around 3 million psychopaths in America. So why isn’t the news constantly being bombarded with reports of millions of psychopaths committing terrible deeds on a regular basis? Where are these psychopaths?

Sure, some will be in prison, but most will be hiding in plain site. You see most psychopaths aren’t violent criminals, most of them are successful individuals who’s psychopathic mentality actually gives them a huge edge in today’s modern world. You know what jobs seems to attract the most psychopaths? Lawyers, surgeons, journalists, law enforcement, clerics, media, and, oh yeah, CEO’s. Does that mean you should be terrified when you have your tonsils removed in case the surgeon is a psychopath secretly wanting to remove your head? Absolutely not, in fact, one of the best brain surgeons in the world scored very highly on the psychopathy test and believes that his lack of fear and anxiety is exactly what makes him such a skilled surgeon. You may be beginning to see that there is a lot more to psychopaths than meets the eye.

In The Wisdom of Psychopaths, renowned psychologist Kevin Dutton takes us deep into the world of psychopathy to explore a theory. Can a bit of psychopathy actually be a great tool to have in the modern age? Psychopaths are identified by their fearlessness, their charm, confidence, ruthlessness, and focus. Haven’t we all wished at some point or another we could do away with our fears, anxieties, and self doubts, and just let go? Could a small dose of psychopathy be just what the doctor ordered? In this book, Dutton explores all these ideas and more, armed only with a torch of humour to light the way.

Dutton has a theory that maybe the violent psychopaths are simply “overdosed” on psychopathy, that they have too much of a good thing. Kind of like how a few pints now and then can make you a funny, friendly, feel good sort of person compared to the alcoholics who get plastered every night and hurt everyone around them. Dutton believes that maybe psychopaths have a few things to teach us about ourselves.

Of course Dutton isn’t saying we should all become remorseless assholes who screw each other over just to get what we want. But, what if we could become a little more psychopathic when the situation required it. Being able to become more confident, charming and fearless would certainly be a useful tool to have when presenting your ideas at a meeting or when you’re trying to chat up someone at a bar. 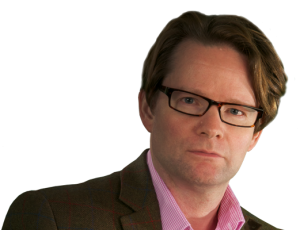 Over the course of the book, Dutton completely immerses readers in the psychology of both “normal” people and psychopathic people.  He interviews other experts on the subject, tells us about fascinating experiments done in order to better understand the facts, and even visits Broadmoor Hospital to talk with a group of Britain’s most dangerous psychopaths who have been convicted of serious crimes.

The first thing you will realise when reading this book is how distorted the media representation of psychopaths are. One of the inmates of Broadmoor Dutton meets puts it perfectly: “Don’t glamorise us. But, at the same time, don’t go the other way and start dehumanising us, either.” The fact is that most people who would or have scored highly on the psychopathy test are perfectly suited to hugely important and high pressured jobs. Did you know that many members of the Special Forces such as the SAS score highly too? Dangerous men who keep us safe from the terrorists who would do us harm? We tend to think of psychopaths as being different and separate to us, but the fact is, we would all land somewhere on the psychopathy test. Some of us would get low scores, some would get high scores, but we’d all be there somewhere. In case you were wondering the occupations that attract the least psychopathic people are care workers, nurses, crafts-person’s, and teachers (though I would be the first to argue that we’ve all had one or two psychopathic teachers).

So, as you can see, the gap between us and those we would call psychopaths isn’t quite as wide as you might assume. It’s a bit like the difference between those who are quick to anger and those who aren’t. We all get angry from time to timet, some quicker and angrier than others, but we all experience it. Like psychopathy, it only becomes a problem when it gets extreme to the point of starting brawls in pubs or beating your other half. Some of your nearest and dearest might score fairly highly on a psychopathy test, but that doesn’t mean they’re murdering criminals.

The book is interesting and accessible from start to finish but, perhaps the most interesting chapter is when Dutton visits the inmates at Broadmoor. Like the author, I was imagining the inmates to be Hannibal type criminals who are behind rusty iron bars and wear straight jackets. The reality is quite different. Dutton enters the hospital to find a group of patients sat round a Nintendo Wii playing a football game. One of them introduces himself as Larry and informs Dutton that he’s known as one of the most dangerous men in the hospital. “Don’t worry, I won’t kill you” he says before cheerfully offering Dutton a guided tour. He reveals that he’s been there for over twenty years and that the scenery gets “a bit samey after two decades”. Along the tour Dutton meets another inmate called Jamie who’s a little less social than Larry. After asking Dutton if the book he’s working on will be another piece of crap that says all psychopaths should be locked away forever, Dutton explains that the book he’s working on is actually pretty much the opposite. Dutton talks with the patients about moral dilemmas, their take on psychopathy, and how they would solve certain problems. Despite knowing that these were men who had committed some serious crimes, I couldn’t help but like them. Even in writing, the charm of psychopaths is evident and it wasn’t until one of the inmates jokingly asked Larry why he hadn’t killed Dutton yet that I was reminded just how dangerous psychopaths can be. After Dutton laughs at the remark Larry turns to him and in a serious tone and says: You don’t get, do you, boy? I said I wouldn’t kill you. And I didn’t, right?” And thus Dutton is put squarely in his place.

One of the most incredible conclusion I took from the book was the link between psychopathy and…Buddhism. Yes you read that right and no, the Dalai Llama is not a psychopath. One of the most enviable traits of a psychopath is their complete lack of fear. One of the patients Dutton meets in Broadmoor tells Dutton that he doesn’t believe he’s ever actually felt fear. It’s not that psychopaths are just really brave, it’s that their brain just doesn’t register it. After all, one can only be brave when one is afraid. A psychopath just doesn’t react to fear like most people would.

Dutton takes part in a test that monitors the brain as the individual is shown violent and disturbing footage. When Dutton took the test he was pretty much a wreck by the end. He felt anxious, sweaty, and sick and the readings coming from his brain are going crazy. When a certain well known former member of the SAS takes the test, he doesn’t just stay the way he was before the test, he actually becomes calmer and more focused. After the test he tells Dutton that he felt as if he was going into battle and that the feeling of calm and focus was one he always felt when all hell was about to break lose. The top surgeon Dutton meets also describes feeling similar whenever he enters the operating room. People with high Psychopathy scores are known for excelling under pressure and this test just proved that it’s true. What’s this got to do with Buddhism? Quite a lot it seems.

The way people describe this feeling of intense awareness, focus, and control may remind some of you of the way Buddhists describe enlightenment, it certainly seemed to inspire Dutton. Psychopaths don’t dwell on the past and certainly have little regard for the future, they live in the moment. If you know a thing or two about Buddhists you’ll know that’s a way of thinking that allows them to be so calm. So do Buddhists and psychopaths have this in common? I’m not going to give you all the answers but you’ll certainly be shocked at how the Buddhist philosophies on life often overlap with the psychopath’s. Obviously Buddhists differ greatly in their interest in helping and respecting all things but there’s certainly some similarities.

As you can probably tell from the length of this review, The Wisdom of Psychopaths has given me some serious food for thought. I was impressed by Dutton’s ability to explain complex ideas and facts clearly in such a way that anyone can follow, though it never feels patronizing. The humour is also a great call as it prevents the book from becoming too dark and won’t leave you feeling depressed after reading it. If you find yourself at all interested in the book and its subject then I recommend you pick it up.

You can learn more about Kevin Dutton at his website and even take a psychopath test yourself.