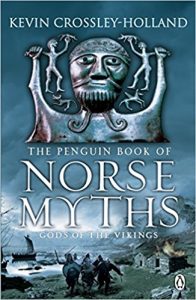 I’ve always found religion to be a deeply fascinating subject. Personally I consider myself an agnostic who leans towards atheism but I’m well aware that there’s as much proof for god existing as there is for Him/Her/It/Them not existing. Perhaps my reticence to embrace a religion stems from the fact that I struggle to reconcile the idea of a loving God when there is so much darkness in the world. I’m hardly the first person to have posed such a question but it’s one I always find myself coming back to when I imagine any God who supposedly watches over us. Indeed I can imagine some kind of great cosmic force existing that is what we might call a God, but I struggle to accept the idea of a benevolent God. I appreciate that without some struggle life is meaningless, but there’s a difference between a challenge and being beat down. How could a God who loves us allow children to die of cancer? Why do bad people often thrive whilst decent hard working folk struggle to make ends meet? Many people point to God to explain the beauty of the universe, of which there is a great deal, but what about all the bad?

When asked about the idea of a loving God, Sir David Attenborough said: “When Creationists talk about God creating every individual species as a separate act, they always instance hummingbirds, or orchids, sunflowers and beautiful things. But I tend to think instead of a parasitic worm that is boring through the eye of a boy sitting on the bank of a river in West Africa, [a worm] that’ going to make him blind. And [I ask them], “Are you telling me that the God you believe in, who you also say is an all- merciful God, who cares for each one of us individually, are you saying that God created this worm that can live in no other way than in an innocent child’s eyeball? Because that doesn’t seem to me to coincide with a God who’ full of mercy.” But what about the idea of a God or Gods who don’t care about us? Gods who are far too busy with their own plans and schemes to care about the woes of us mere mortals. Now that I could get behind.

Greek and Norse mythology is unique in that the Gods presented there weren’t Gods in the modern sense of the word. They were characters with supernatural, superhuman abilities who never claimed to be benevolent. In the case of Greek mythology, the Gods might favour a human one day only to turn on them the next. In the case of the Norse religion, it was believed that the Gods had no ability to control the future of mortals. This school of theology has always appealed to me and, with the recent release of the excellent TV adaptation of Neil Gaiman’s American Gods, I decided to bone up on Norse mythology by reading Kevin Crossley-Holland’s Norse Myths.

The book is split into two halves. The first half features a brief introduction on Viking culture and is then followed by a collection of the most important Norse myths in chronological order. The second half features notes on each myth that reveal the story’s historical significance, any changes made in alternative versions, and what it teaches us about the characters involved and the lessons people at the time may have taken from it. It’s excellent to enjoy a story and then be able to flip to the back and have its nuances presented to you. Norse Myths serves as an excellent introduction to the legends of the Vikings but never feels dumbed down nor overwhelming.

The tales focus on the Gods who live in the realm of Asgard and the adventures they embarked upon in order to gain knowledge, power tools or weapons, or simply to kill time. As I mentioned, the Nords didn’t believe the Argardians to be all powerful, rather they were heroes who had certain superhuman powers such as great wisdom like Odin, colossal strength like Thor, or the ability to change forms like Loki. The Gods were no more able to alter the state of human affairs than they were their own impending doom with Ragnarök, a great battle which saw the death of the old Gods and the rebirth of Earth. Norse Gods weren’t so much prayed to as they were invoked and Viking men and women sought to impress the Gods by achieving fame and glory despite the troubles life might throw at them. Perhaps then Odin may deem them worthy enough to feast with him in Valhalla.

I was surprised to find that there is an element of playfulness that runs through the sagas. There are plenty of tales that feature grand battles and sly schemes, but every so often a plan of Loki’s might backfire and cause him embarrassment or a lesser being might highlight the fact Thor wasn’t quite as quick witted as he was strong. There is also an overall narrative which connects each myth, hence why it is important that Holland ordered each story in order. It’s interesting to watch as the Gods and their world evolves throughout the ages. In particular the change in Loki from playful trickster to malevolent schemer. 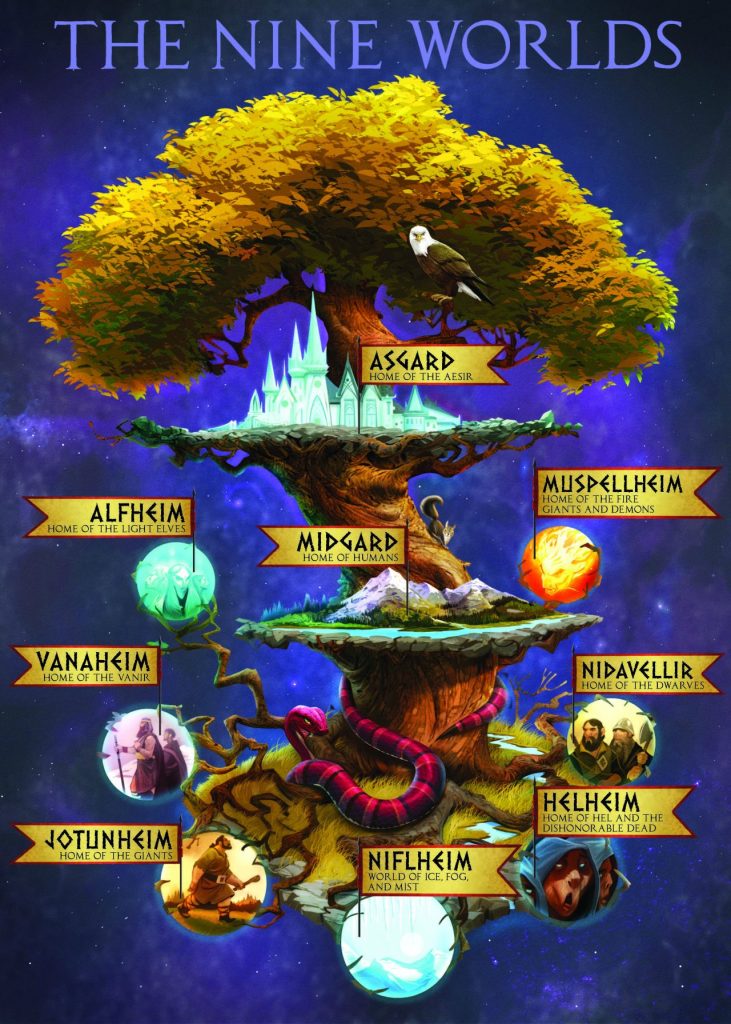 I was also pleased to find that the stories themselves are thoroughly engaging and I enjoyed exploring a world where Gods and Ice Giants did battle, Elves tended to nature, and greedy dwarfs gained favours with the Gods by crafting powerful weapons and fine jewelry. This book will not only appeal to those looking for the historical significance of Norse mythology, but also caters to those who just want a damn good story. It’s not surprising that the great J.R.R. Tolkien’s work was greatly influenced by Norse legends and there are even couple of names he lifted straight from the tales. Mirkwood (Anglicised the German Myrkviðr) was a forest featured in one of the myths and the Dwarf Gimli gets his name from the house the few surviving Gods build after Ragnarök.

Frustratingly, the myths were never properly written down during the golden age of the old Gods as Norse culture didn’t record its own history in writing and instead opted to spread it orally through stories. It wasn’t until the 13th century, when the Norse religion was already in decline in the face of Christianity, that an Icelandic historian named Snorri Sturluson saw the value of what was to be lost and did his best to compile and record the myths in a compilation now known as the Prose Edda. Snorri’s collection of the myths differ from others in that he focused on recording the myths as they were. Other Christian historians often altered their recordings to fit with the Christian beliefs. Drawing primarily from Snorri’s work and cross referencing it with other historical records, Holland presents to the reader what may well be the most comprehensive guide to the legends of old. Holland uses sources available to him to give us the most accurate picture possible but uses the notes section to make the reader aware of any discrepancies and any changes he may have made.

As a newcomer to the world of Norse culture I was struck at how the religion and its Gods have subtly shaped our world today. The names of the week Tuesday, Wednesday, Thursday, and Friday are each named after Norse Gods. Tuesday derives from Tyr the Norse God of war. Wednesday comes from Woden, more commonly referred to as Odin (hence Mr. Wednesday in American Gods), Thursday is named after Thor the God of thunder, and Friday derives from Frigga the God of love and beauty. We usually associate Christmas as a Christian holiday celebrating the birth of Jesus Christ, but its origins come from the Jul (Yule) festival which celebrates midwinter and the passing of the ghostly figures known as the Wild Hunt. Common Christmas icons such as the Yule log, Holly, and Mistletoe began as icons belonging to Jul. The festival underwent Christianised reformulation and re-branded it as what we now call Christmas. It may not be overt, but the old Gods are still very much with us.

I also want to mention how interestingly Norse religion fits with Christianity. The Norse believed the time of the Gods ended with Ragnarök, a great battle which saw the deaths of all the major Gods. Earth would then be hit by a series of natural disasters including earthquakes, winters that last for years, and a great flood that would wipe out humanity. This granted Earth a clean slate and a new era would begin. Many religions feature a catastrophic end but here’s where it gets really fascinating. Ragnarök would see only two human survivors who take refuge in the roots of the mythical tree Yggdrasil which connects the nine worlds in Norse mythology. These two go on to repopulate the Earth. Anyone familiar with Christian stories will no doubt see the similarities between this and the story of Noah and his wife repopulating the Earth after a flood wipes out humanity. It seems reasonable to imagine that it wasn’t hard to accept the beginning of Christianity as it slotted in pretty perfectly wurgh the end of Norse beliefs.

I found myself learning a great deal from Holland’s notes and became engrossed with the Gods themselves. One night I read as a thunderstorm light up the night sky and couldn’t help but wonder if that might be Thor showing his approval. I’d highly recommend this to anyone interested in learning about the Norse Gods and their myths. It’s also a must for anyone who enjoys the TV show Vikings, The Last Kingdom, or the recent adaptation of American Gods.