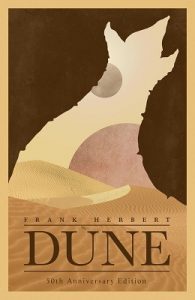 Many readers consider Frank Herbert’s Dune to be to the sci-fi genre what Tolkien’s The Lord of the Rings is to fantasy. The world building is top tier and readers soon find themselves sucked into a new world that feels every bit as real and complex as our own. Dune is a book that I’ve been meaning to read for years and one I finally got around to last Autumn. I first remember encountering Dune when I was a child, and I was intrigued by a copy which featured striking imagery on the cover of a harsh desert with a giant worm bursting from the ground. I heard many times since then what a good book Dune is and now I’ve finally read it, but does it live up to the acclaim?

Whilst Dune is certainly a sci-fi book, it also has strong fantasy themes running through it as well. Humans have ventured out into the stars and colonised other planets, and the galaxy is governed via a feudal system not dissimilar to Game of Thrones. An emperor rules over all and noble houses serve him and compete with one another to try and increase their power and influence. No intelligent alien life has been discovered and humans, for all their sins, appear to be alone in the universe.

Our story follows a noble family named House Atreides as they struggle to survive against a conspiracy of other houses that aims to see them fall from grace. Dune begins with the Atreides preparing to leave their beautiful home, a planet they’ve ruled for generations, and begin a new life on Arrakis, an almost uninhabitable wasteland made up of harsh deserts and dangerous creatures. However, Arrakis is the only planet that where a very valuable spice known as Melange can be found. Highly sought after by the rich and powerful, the spice enhances its users senses and grants unnaturally long life spans, but there’s a price to be paid. The withdrawal of Melange is deadly and users must take it for the rest of their lives if they use it even once. 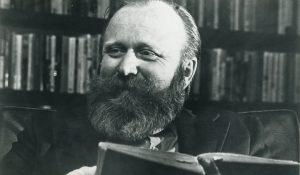 The head of House Atreides, Duke Leto, has been commanded by the emperor to rule Arrakis and ensure spice keeps flowing throughout the galaxy, but rival houses are eager to use this as an opportunity to destroy House Atreides once and for all. Dune’s main character is Paul Atreides, the Duke’s son by his concubine,  a woman named Jessica who is a member of the Bene Gesserit, a mysterious and powerful order of women who undergo intense training which grants them seemingly superhuman abilities. We follow Paul as he watches his mother and father try to keep House Atreides in one piece, despite political intrigue, assassination attempts. and the upheaval of leaving their ancestral home.

As the book unfolds, Paul and his family are exposed to the ruthlessness of Arrakis and of their enemies and they must fight to survive in this hostile new environment. Stuck on a planet that’s as alien to him as it would be to us, Paul must embrace the Arrakis culture and forge alliances with its rough and tough inhabitants if he’s to survive long enough to restore his family name.

On the surface, Dune may appear to be a sci-fi novel but, like all great works of art, it shows our own world in a different light through its lens. Dune’s political scheming, its vast divides between classes, humans’ desire to control and exploit nature, and addictive tendencies, are all issues that are just as prevalent in our society as it is in Dune’s. If anything, Dune is more relevant today than it was when it was first published back in 1965. Herbert was known to be a great thinker, and spent years researching before he even began the first draft, and his ideas, observations, and philosophies show in Dune, though not in an overly heavy-handed way. 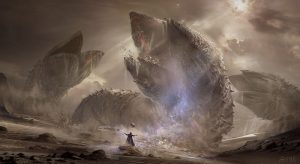 Those who enjoy scratching beneath the surface will find that there’s a wealth of knowledge to be uncovered in Dune, however it’s also easily approached at face value and is would no doubt still be highly enjoyable for younger readers. Politics and social messages aside, Dune is still an excellent novel full of memorable characters, unexpected twists, and phenomenal world building. Dune is a book I highly recommend, and is a must for those of you who’ve enjoyed the likes of The Lord of the Rings, Game of Thrones, or The Handmaiden’s Tale. This is the kind of book I look forward to giving a re-read to see what new depths I will find.