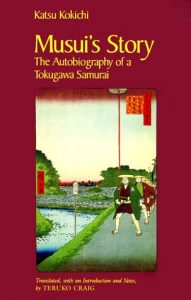 The samurai were a class of military nobility found in Japan who, for over 700 years, fought and served lords who ruled over the country. Despite making up only 10% of Japan’s population the samurai maintained order and are often seen as the Japanese equivalent of a knight. Whilst it’s true that many countries can boast having once had a fierce warrior class, the samurai have gone down in history not only as one of the most skilled group of fighters to have ever lived, but also as men of honour who valued loyalty, discipline, and integrity alongside skill in battle.

Given their legendary status, it’s hardly surprising that the samurai, particularly in the West, have been subject to a pretty oversimplified image of what they actually were. It’s easy to forget that, behind the impressive armour, was merely a man. This man may have spent his life training to uphold the principles of what it was to be a samurai, but he was still a human being and therefore still susceptible to all the failing, wants, fears, and thoughts that all humans must bear. Most samurai we know of are remembered because they achieved great feats and exemplified what it was to be a samurai, but what was life like for the average samurai? Surely it wasn’t all defeating rival clans and committing seppuku in order to avoid dishonour?

In the mid 1800’s, an aging, low samurai named Katsu Kokichi (also known as Musui) decided to write down his life story for his descendants to read. Katsu wrote his memoir not as a way to boast of his great deeds but rather to warn future generations not to live in the same manner he did. Katsu utterly breaks the expectations we have of a samurai by detailing his life of gambling, whoring, money lending, getting into fights, lying, and generally being the kind of charming rogue you’d expect to find in a fantasy novel. Indeed, Katsu was very much the Han Solo of samurai.

Whilst Katsu may have intended his life story to be a warning, it is undeniably fun to read. The humour that runs through the memoir isn’t dulled in the slightest by the cultural differences nor the hundreds of years that have passed since they occurred. If this was a work of fiction, the author’s editors would probably have suggested toning down some of the scrapes Katsu finds himself in in order to feel more believable. At one point, Katsu even threatens to commit Seppuku, a ritualistic form of suicide, in order for one of his schemes to go as planned. Had anyone decided to call his bluff, he would have been expected to go through with it.

Despite the fact that Katsu clearly falls far from the tree when it comes to being a noble samurai, he is still a very likeable character. He may well have surrounded himself with some unsavory people and engaged in activities many more devout samurai would’ve never have gone through with, but I never got the impression that he was a villain. Most of his schemes and plots are quite petty and he more often breaks protocol rather than the law. It’s clear from his writing that Katsu was very fond of his friends and family and he often goes out of his way to help them. Indeed, many of his far-fetched plans are carried out in order to help a friend get out of a jam. This is all the more impressive when you consider he lived in a time and place that was often incredibly demanding. Katsu may have intended his memoirs to be a warning to those who came after him, but I can’t help but feel he may have had a grin on his face as he recalled some of the sticky situations he got in and out of.

Though Katsu may well not have been the ideal samurai, I still think he possessed some good qualities his descendants would have done well to take note of. As I’ve said, he never seemed to have any ambition to do any real harm and his empathy for others is one that anyone with power should take note of. He was also prepared to sacrifice his reputation so that future generations may learn from his mistakes. It is also clear from his writing that, despite never actually seeing real combat, Katsu was an impressive swordsman and won numerous duels against rivals. It’s worth noting that his son, Katsu Kaishū, went on to become an accomplished samurai and became a distinguished naval officer.

As someone who enjoys a nice stroll down the halls of history, I love sources that allow one to get behind the grand myths and tales and see what day to day life was like for those that lived in ages gone by. The fact is that people are people and, for every person who aims high and lives a life remembered by scholarly for hundreds of years, there are still those who would rather spend the day selling cheap swords and then spend the evening in a brothel with their pals than go to the trouble of achieving immortality. I don’t care if you’re a samurai living in feudal Japan or a tribesman living in Africa, history will always have its share of slackers.