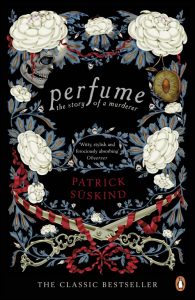 When we think of which senses are most valuable to us, our sense of smell usually takes a back seat. The idea of losing our sense of sight or hearing is terrible, how would we be able to be aware of the world around us? Our sense of taste may not be quite as essential, but food would lose much of its pleasure without it. However, most people probably wouldn’t be too shaken at the thought of having their sense of smell compromised. Sure, you’d find it harder to tell if your milk had gone off, and we’d miss the smell of chocolate and old books, but it certainly wouldn’t be quite as devastating as losing one’s sight or hearing.

The fact is that, compared to many animals, the human sense of smell really isn’t that keen. When walking my dog, I’ll watch him raise his head up and take several deep breaths through his nose. He looks like a veteran wine taster as he closes his eyes and takes a deep, long sniff of the air. It’s clear he can smell something I’m not even aware of so keenly he can see it in his mind’s eye. Meanwhile all I can smell is my mix of sweat and cheap deodorant. Perhaps, in our hunter gathering days, our sense of smell was of more use to us, but for some time now it seems little more than a token sense which adds that little extra when walking past a bakery or trying to watch TV when your dog is farting  after having eaten a dead crow earlier.

Despite the fact we may not think too often on our sense of smell, it certainly plays an important, if often subconscious, part in our lives. Have you ever caught a whiff of something and, just for a second, been transported back to a time or place you thought you’d forgotten? That’s because our sense of smell is closely linked to memories, more so than hearing or seeing.

Reading Patrick Suskind’s Perfume makes the reader aware of the ancient importance of smell, and how it can affect our lives without us really realising. What would the world be like for someone with an almost supernatural sense of smell, and how far might that person go to capture the beauty of fragrances?

Set in Paris during the 1700’s, Perfume Jean-Baptiste Grenouille, a man born with an incredible sense of smell. So keen is his nose that he can catalogue scents in his mind, smell people coming a mile off, and create perfumes that can influence a person’s behavior without them realising. In his early life, Grenouille goes about cataloging every scent he can until, one day, he comes upon a smell he finds irresistible; a young girl in the early stages of puberty. Overcome with desire for her scent, Grenouille murders her, strips her of her clothes, and sniffs every inch of her body in order to capture its scent. He then goes upon a quest to distill that scent and bottle it as a perfume.

Thanks to his talents, he quickly becomes a master perfumer and begins experimenting with concoctions which allows the wearer different abilities based on the subtle emotions each scent gives. One perfume allows him to go unnoticed by all who smell him, whilst others incites various emotions by those who smell it. Eventually his experiments reach a climax that affects the entire city of Paris.

Personally, I consider my sense of smell to be pretty dull, and yet Suskind’s beautiful writing made me feel as though I could smell every fragrance described. The characters and world of Perfume is described primarily through smell rather than visual descriptions. I felt like I could smell Paris and characters themselves are portrayed via their scent rather than physical or personal traits. Suskind’s way with words also makes the novel beautiful, despite the fact it’s about a killer of young women. In that sense it reminded me somewhat of Lolita. Upon finishing this book, I couldn’t help but pay more attention to what my nose was telling me.

The character of Grenouille is also a fascinating one. Like the character of Humbert from Lolita, Grenouille is, on paper, a repulsive monster, but he’s written in such a way that you find yourself feeling both sympathy and repulsion for the character. At first you hope he can rise above his awful beginnings but as he does so you soon realise what a parasite he is to those around. Taking whatever he needs from his latest “host” and then moving on. He’s perfectly described in the novel as a Tick.

I’d never given too much thought to my sense of smell, but Perfume has changed that. Previously I only considered smells to be nice or nasty, but my exploration into scent with this novel has made me examine the smells my nose presents me with in more detail. Of course, the human sense of smell can only take one so far, but I at least no longer take a scent at face value. It has also made me wonder how much smells impact our lives on a subconscious level? It’s not hard to see why Perfume has become a modern classic and I’d certainly recommend it.