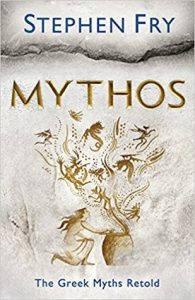 As I explained in my review of Norse Myths, both Greek and Norse mythology have always appealed to me because I find it much easier to accept the existence of a God when he/she are not depicted as being benevolent and all powerful. There is so much suffering on Earth that I personally struggle to accept the idea of supreme being that cares for us on an individual basis. If I’m wrong and I find myself face-to-face with a big bearded chap outside the pearly gates, I’ll be dammed (literally) if I’m going to to be judged by a being who has allowed so much pain on so many who are undeserving. “Why did thou covet thy neighbour’s ass? Revel in thy slothfulness? Indulge in lustful thoughts?” he might ask, to which I’ll reply: “Why did you allow natural disasters? Cause terrible illnesses in children? And made the lifespan of dogs so short?” I think I’ll really have him on that last one.

Don’t get me wrong, if you’ve found a religion that works for you, then far be it from me to try and dissuade you, that’s no business of mine. I’m just trying to explain that I’ve always had a difficult time accepting the more modern interpretation of God. Despite my lack of religion, I’ve always found theology to be a highly interesting topic and Religious Education was one of the few subjects at school I aced. I’ve always been especially intrigued by both ancient Greek and Norse beliefs, precisely because their Gods were not considered perfect. The idea of a God or Gods being powerful but flawed is a fascinating one, and I find it much easier to accept the idea that God/Gods are powerful, but not always particularly bothered by our best interests.

This is very much the center point of Greek mythology and Zeus and his pantheon of fellow Gods. They are powerful, glorious, and mighty, but they’re also just as prone to jealousy, anger, fear, doubt, pride, and lust as much as we are, perhaps even more so. Their neither inherently good nor inherently bad. They may take interest in, and help a person one day, only to lose all interest the next. Zeus may be full of righteous anger in the morning, and then be lovable and charming by teatime. I suppose, in that respect, they’re much less knowable and predictable as our own Gods.

After reading and enjoying Kevin Crossley-Holland’s book on Norse legends, I was eager to also expand my limited knowledge on Greek mythology. The fates seemed to be on my side and just a few months later the great Stephen Fry published his very own guide to Greek mythology in Mythos. As a fan of Stephen’s work for many years, from his long tenure on QI and his number of interesting documentaries, I was eager to discover Fry’s take on the pantheon of Gods, Demigods, Titans, and heroes, and they’re numerous meddling in human affairs.

Usually I prefer to consume my books the old fashioned way by reading the paper and ink version, but given the choice between reading something Fry has written, VS enjoying the sensation of his rich but mellow voice reading it aloud, I’ll always go for the latter. Fry has recorded the entire book and those of you who share my fondness for Fry’s dulcet vocals can pick up the audiobook from the likes of Amazon or Audible. 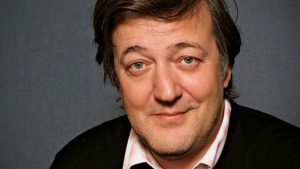 We certainly know a great deal about Greek mythology, certainly much more than what has been recovered of Norse beliefs, but it can still be surprisingly difficult to create a coherent timeline of events. As Fry himself notes, given the great lifespans of the Gods. the fact they often grew to adulthood much faster than us mere mortals, and the vast cast of characters, it can be hard to pin down exactly how long certain periods of the mythology lasted, in what order events occurred, and what events happened simultaneously. Fry has done an excellent job in sorting out the whole timeline and I can only imagine how much time and research it took him to create a narrative which adheres to both scholars whilst also being coherent to casual readers. Fry can’t very well go chopping and changing characters and events to suit his book, but he also can’t expect newcomers to Greek mythology to wade through one massive dump of characters and stories. It’s clear he has taken great care in untangling the vast knot, whilst also being careful to show how certain characters and events do overlap and intertwine. To be fair to Stephen, I doubt even ancient Greeks who worshiped these deities had just one accepted timeline of events. Regardless, Fry has succeeded in creating solid framework which gives readers a nice grasp on the order of the stories.

A Fry explains early on in the book, he’s always been fascinated by Greek mythology, but has found that it tends to be presented either in children’s books, which omit all the violence, sex, and infanticide (the best bits!), or in stuffy textbooks that are often dry and somehow manage to suck all the enjoyment out of the violence, sex, and infanticide. With this in mind, Fry has attempted to combine the two and produce a book that is engaging to read, almost like a novel with its cast of characters and quests, but also informative and true to history. A tall task, to be sure, but one I feel he has accomplished.

There’s a modern element added to Fry’s retelling of these ancient myths, such as when he describes Cronus as being “a bit of a Morrissey,” and he also adds his own dialogue to the Gods. This is certainly a bold move, and some scholars might not approve, but I personally found the writing to feel authentic and dynamic. It’s clear that Fry cares a great deal about these stories, and it’s also clear that years of reading them have left him quite an authority on them. The way he writes each God makes them feel like their own characters with distinct personalities, qualities, and failings. This makes them feel three dimensional and easy to empathize with, even when they’re responsible for plenty of wrongdoing. For instance, it would be easy to write Zeus’ wife, Hera, off as a cruel and jealous God who took her frustration for her husband’s infidelity out on the unsuspecting women he wouldn’t stop bedding but, thanks to Fry, she can also be seen as a matriarch who’s severe attitude is not born of selfishness, but instead a dedication to keeping the house of Olympus standing tall. It could be argued that Hermes was little more than a glorified messenger, but his sense of humour and wit quickly made him one of my favourite of the Gods.

The fact that the Greek Gods weren’t all powerful is perhaps what makes them so interesting. There’s no doubt that Zeus was an incredibly powerful and wise being, but even his reach only extended so far. The Fates, or Morai, were three beings who controlled fate and dictated when a person would die and what events were fated to be. Not even Zeus could deny them, though he certainly tried. For instance, they decreed that Odysseus would one day return home from the siege of Troy. The Gods made his journey incredibly difficult and long, but eventually Odysseus did indeed return to his homeland. The fact that the Gods of Olympus aren’t omnipotent adds to them as characters and this, coupled with their very human traits, makes them feel very real.

Mythos begins before the beginning, long before the rise of Zeus, back when only primordial entities existed. Thanks to them the land and sea were created, but they were soon conquered by the mighty titans who were ruled with an iron fist by Cronus, who was in turn usurped by his son Zeus, and thus the age of Gods and Heroes begins. Fry has presented the mythology in a linear way, and it’s certainly easy to read Mythos like a standard fantasy book, but it’s also worth noting that the tales are quite self contained and it’s the type of book that allows the reader to dip in and out. There’s nothing overly dense about Mythos and readers can certainly skip to whichever stories take their fancy. Those who have already read it can quickly go back and re-read their favourite stories. I found myself going back and re-reading the story of how Prometheus gave fire to mankind, and how Sissyphus’ hubris caused him to be cursed to endlessly push a great rock up a mountain.

It should be noted that, while Mythos does cover a great deal of Greek mythology, it ends with the Age of Heroes, thus some of the more ‘recent’ Greek legends, such as the siege of Troy, the adventures of Hercules, and Theseus’s slaying of the Minotaur, aren’t present. Mythos is a large book, and I think it says a lot that even after hundreds of pages, I was still eager for more. As Fry himself states, a book which includes covers the entirety of Greek mythology would be enormous, but perhaps there’s a chance Mr. Fry might consider writing a second installment?

I think it’s no small feat that Fry has managed to take something as grand as Greek mythology and present it in a book that is approachable to newcomers but not dumbed down. I thoroughly enjoyed my time with the Gods of Olympus and, just as I’m sure people have throughout history, I found myself warming to some Gods whilst disliking others. I’d gladly spend time with Hermes, Prometheus, and Athena, but I’d prefer to stay out of the way of the likes of Hera and Ares, especially when things aren’t going their way! Perhaps it’s an oxymoron, but there is something very human about these gods. Sure, they can control the elements, take different forms, and are above many of the pitfalls we humans must endure, but they are also very complex, flawed, and relatable. I can see why Greek mythology has managed to thrive despite the fact we’ve long since abandoned worshiping these deities, it’s because their stories serve as lessons for us mere mortals. In fact, the book finishes with a very intriguing meditation from Fry. Most religions tell of how God created man in his image, but the Greeks created their God’s in theirs.