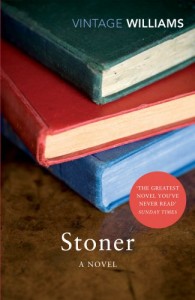 At the time of writing, it’s 02:50 and I should be in the land of nod. Instead I’m sat here at my computer desperately trying to find the right words to describe how John Williams’ novel Stoner has shaken me to the core. I’m speechless, I’m in awe, I’m full of questions, I’m wide awake, and all I know for sure is that my head is buzzing way too much for me to get to sleep.

In 2013, The New Yorker called Stoner “the greatest American novel you’ve never heard of” and author of The Believer, Nick Hornby said “Stoner is a brilliant, beautiful, inexorably sad, wise, and elegant novel.” Given such high praise, it may surprise you that upon its publication in 1965, Stoner was released to respectable reviews and decent sales, but never reached the best seller list, and eventually went out of print. Decades after it was first released, Stoner has quite unexpectedly become a much talked about classic thanks almost entirely to word of mouth.

Despite the admiration and respect it’s currently enjoying, Stoner is still a long way away from enjoying the same sort of success as the latest Dan Brown novel or 50 Shades sequel. In fact, I had never heard of it, and probably never would have were it not by complete chance.

They say you should never judge a book by its cover, but if that was true, publishers wouldn’t bother with book covers. I suppose the goal of a book’s cover art is to try and attract potential readers whilst at the same time capturing the essence and subject matter of the book. If that’s the case then the cover of the Vintage Classics edition of Stoner does this perfectly. I was struck by the rustic simplicity of the book’s cover and it instilled within me a feeling of melancholy, familiarity, and slight nostalgia. The sort of feeling you might get when you find a picture of an old friend you’ve not spoken to in years, or when you find an old schoolbook you haven’t seen since you were a child. Upon picking the book up, I read the blurb and the quotes that highly praised the novel as an unappreciated classic. I was intrigued and decided to give it a go.

Stoner tells the life story of a man named William Stoner, from his childhood, to his career as a teacher, to his death. Stoner’s life is ordinary, he doesn’t achieve a great deal, nor is he remembered often by his students or colleagues. Stoner isn’t a novel about a man achieving great heights or altering the world, it’s far more personal than that. The novel examines the quiet moments of a persons life, their small victories and crushing defeats. A life may seem unremarkable on paper, but look a little closer and you will always find hidden depths. 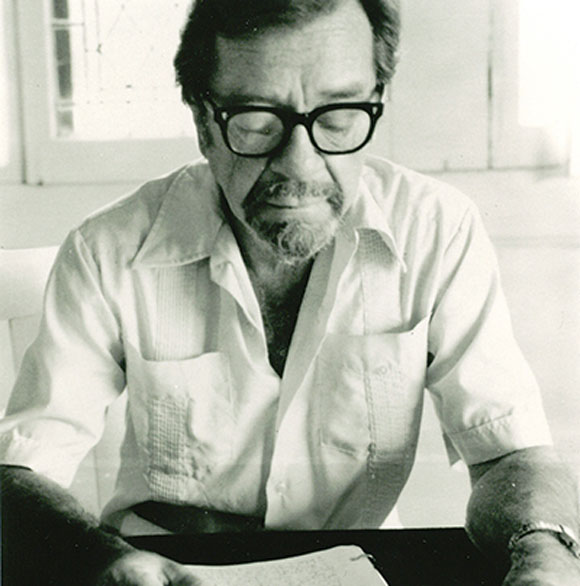 It could be argued that Stoner is a stoic. He is raised as a child on a barren farm that he and his parents work tirelessly to live on. Upon being sent by his father to college to learn about agriculture, Stoner discovers a love of literature and is encouraged by his teacher to pursue this love. Upon graduation, Stoner decides he will become a teacher rather than continue work on the farm, a decision which his parents respect with a quiet disappointment.

Stoner spends the rest of his life teaching at the university he studied at and the book tells of his life there. From his failed marriage, his love affair, his clashes with his peers, and the passing of two world wars, Stoner’s life is a story of small victories, large failings, and quiet reflections. This isn’t the story of a man who changes the world, but rather a man who exists in it, because of this, Stoner feels like a profoundly intimate and touching read. 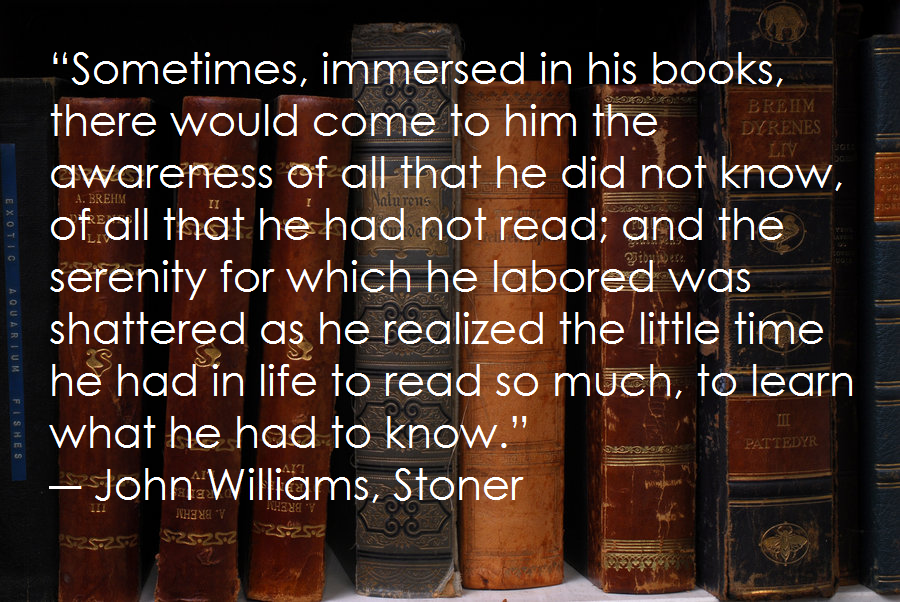 One of Stoner’s greatest strengths is perhaps Williams’ writing style. Reminding me of a mix between Steinbeck and Salinger, Stoner’s prose always cuts straight to the point and conveys thoughts and feeling in one sentence where other writer might need an entire page. There is absolutely no fat to the writing of Stoner. That’s not to say that the writing is without emotion, however, William’s writing has an excellent way of conveying each character and their state of mind in a stoic fashion that doesn’t bother with big words or complicated sentences, and the novel is all the better for it.

I could go on about the story of Stoner and how his life pans out, but I don’t want to spoil it. It’s not that there’s some great twist, there isn’t, but I feel like it’s a book you should go into without much prior knowledge. Stoner has an excellent way of exploring how seemingly inconsequential moments can have profound effects on us, and how they can stay with us for the rest of our lives. After finishing Stoner, I immediately wanted to go out and buy copies for my friends. It’s the sort of book you want to thrust into a friend’s hands and say “READ THIS, NOW!” In a way, it almost seems fitting that the book was never a huge hit in its own time. Like the character of William Stoner, it came and went with a respectable, quiet dignity, and it’s only now getting the buzz it deserves. It seem wrong for such a thoughtful book to sit next to pulpy Summer best sellers or be plastered across posters on the subway. I found it quietly sitting among the likes of Salinger, Steinbeck, and Orwell, and whilst it may not enjoy the same widespread fame as books by those writers, it’s no doubt in good company there.