Most people will know C.S. Lewis from his excellent Chronicles of Narnia books which have been read for generations by both adults and children. You may not be quite as familiar with The Screwtape Letters but trust me, whilst this book may be far darker, satirical and humorous, it’s certainly every bit as good as you would expect from a writer like Lewis.

The Screwtape Letters is a book comprised of a series of letters from an experienced senior devil called Screwtape to his young nephew, Wormwood. Screwtape advises Wormwood on the most effective ways to corrupt his first “patient” (a human on earth) and above all, prevent him from joining the side of The Enemy (God). Over the course of the book, Screwtape touches on every aspect of human nature as he instructs his nephew on the best and most effective of corrupting a human.

Although we only read Screwtape’s letters, this is a smart move by Lewis here as it is easy to infer what Wormwood has written to him in his letter and this helps streamline the book whilst preventing you from having to read letters from Wormwood which wouldn’t have been half as interesting as Screwtape’s responses. The “patient” Wormwood has been tasked with corrupting is a young British male who at the start of the novel is thinking of becoming a Christian. The story is also set to the backdrop of the Second World War which obviously provides the human with a lot of questions regarding good and evil.

The skill with which Lewis writes Screwtape is wonderful. He presents us with this tired, semi-retired demon who has obviously been around the block and seen it all. In contrast we have the young Wormwood who notices all the obvious traits of human nature but judging from Screwtape’s responses, is clearly missing the subtleties. At one point Screwtape even tells Wormwood to stop sending him letters about all the death and destruction of the war and to inform him only of the parts which relate to the patient. It seems the greatest war in human history merely bores our jaded Screwtape. I’m sure many readers will be reminded of an old teacher from their school days or an elderly relative who stopped giving a crap. Lewis captures this effortlessly and despite the fact this character is trying to ensure another human ends up in hell, you may find yourself quite liking him. 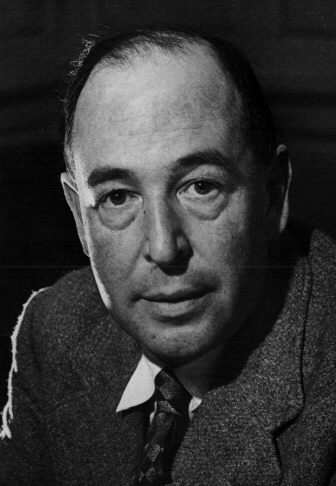 It would be wrong of me to publish this review without giving a little history on C.S. Lewis himself. The author was very good friends with the one and only J.R.R Tolkien and this book is in fact dedicated to him. Like Tolkien, Lewis was a soldier during the First World War and on his nineteenth birthday, fought in the Battle of the Somme. Luckily Lewis survived what was one of the bloodiest battle in human history but was later wounded from a shell and was sent back to England to recover and was then re-stationed in Andover, England.

Such experiences would be enough to convince anyone that we live in a Godless universe and indeed Lewis was an atheist for sometime. After the war and after many intense debates with Tolkien (who was a Catholic) Lewis began to slowly embrace the idea of God, and in 1931 he converted to Christianity and became a member of the Church of England (to the slight disappointment of Tolkien). Lewis described his conversion to Christianity as a man “kicking, struggling, resentful, and darting his eyes in every direction for a chance to escape.”

None the less, after becoming a Christian, Lewis remained in the faith until his death and its clear from his writings that religion played an important part in his life. The Screwtape Letters, along with other works such as Mere Christianity and A Grief Observed reflect the authors faith in detail. In this day and age there will probably be many people reading this who are not Christians but I implore you not to let this put you off reading any of Lewis’ works and certainly not The Screwtape Letters.

I’m not a Christian myself and whilst I respect other people’s rights to practice whatever religion they choose (as long as it’s not hurting anyone else) I would be quick to call Lewis out on any cheap tricks he might try to use, just as I would any author who might try to pull the wool over their readers eyes. However, I find Lewis to be a refreshingly intelligent man who doesn’t allow his faith to blind him from sense and rationality. Whilst reading up on Lewis’ arguments for religion I found myself going over some of my own beliefs and feeling quite persuaded at times. Lewis doesn’t expect to win you over with weak arguments like “believe in God or you’ll go to hell!”.

Although The Screwtape Letters do use Christianity, God, Satan, and Heaven and Hell as a backdrop for the story, I believe it can still be appreciated by those who aren’t Christians or even religious at all. The point of this book isn’t about religion, it’s about humans and our delicate balance between good and evil. Lewis isn’t trying to convert anyone and at no point did I feel I was being preached at or told that anyone who wasn’t a Christian was “wrong”. We can all relate to the struggle between doing what’s right and what’s easy, what’s good and what’s bad. That’s a feeling shared by all humans whether you believe in a Christian God, a Muslim God, several different Gods, or no God at all.

The Screwtape Letters can be enjoyed at various levels depending on how much you want to get involved. There’s still a lot of enjoyment to be had from readers who simply want to enjoy a thought provoking book that has dark humour and a satire that seems even more relevant in the 21st century than it did in the 20th. Other readers will relish going over the finer points of human nature and its relationship with religion as each letter from Screwtape can be analysed repeatedly for a wealth of knowledge. This is a rare treat that can be enjoyed both as a book you read whilst on holiday at the beach, or in depth as the subject of intense study. 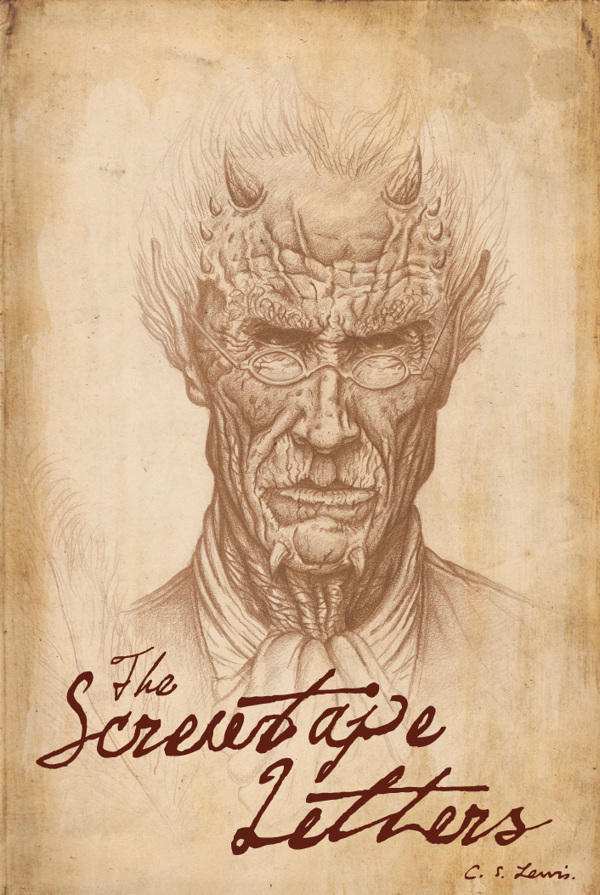 Most modern editions of the book include a short story Lewis wrote sometime later called Screwtape Proposes a Toast. Here, Screwtape gives an after dinner speech at the Tempters’ Training College for young demons. Screwtape’s speech takes place during the Cold War and is every bit as entertaining as the letters, You should certainly try and get a copy that includes this little epilogue.

In conclusion I found The Screwtape Letters to be a highly enjoyable read that is bound to entertain book readers in general but will also strike a chord with anyone interested in philosophy, ethics, and religion. It’s a shame Lewis never pursued his idea of writing a sequel that would depict letters from an archangel to a guardian angel. Such a book would have been an excellent sequel but alas Lewis never got round to it. I have heard that a writer has written such a book but since it’s not by Lewis I’m as skeptical as Dawkins (HAR HAR). For now I’ll leave you with these two quotes that Lewis begins the book with…

“The best way to drive out the devil, if he will not yield to texts of Scripture, is to jeer and flout him, for he cannot bear scorn.”- Martin Luther

“The Devil, the proud spirit, cannot endure to be mocked…” – Thomas Moore