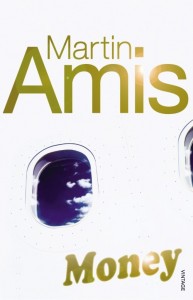 Money tells the gritty, dark, but undeniably amusing tale of John Self, a wealthy British man who has come to New York in order to leave the world of advertising behind and produce his first film. Set in the materialistic 80’s (1984 to be exact), John Self is a man who is not only enjoying his wealth, but is damn near overdosing on it. A hedonist and a slob, Self binges on pornography and prostitutes whilst drinking too much, smoking too much, eating too much, and of course, spending too much. The increasing encounters with other wealthy characters only escalates Self’s spending and from the first page, it’s clear that Self is on an inevitable road to destruction. There’s a piano hanging above Self’s head and every cent he spends weakens the rope. The worst part is, Self is totally aware of all this.

If the aforementioned description of John Self has left you feeling less than impressed then I feel I should point out that despite his (many) shortcomings, Money would be a far darker and more depressing book if it weren’t for the fact that John is such a likable character. I would be the first to admit that he does many bad things over the course of the book and that he has many traits I would usually despise in a character, but I still found myself sympathising with the character and becoming engaged with his half-assed philosophies on life. John Self would be the first to agree that he’s a complete shit, and that he needs to change, as he says himself: “My brain is gimmicked by a microprocessor the size of a quark, and costing ten pee and running the whole deal. I am made of — junk, I’m just junk.” 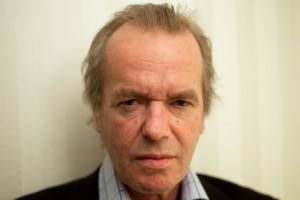 Written from John’s perspective, Amis does a fantastic job of making Self a flawed but relatable character whom the reader can feel sorry for. That’s not to say that he’s a pushover by any means. There are times when you want to punch him in the face and times when you want to scream at him that everything that’s going wrong is his own fault, but there are also times when you really can’t help but like him. As I mentioned earlier, Money is a funny book and could be accurately described as a dark comedy. Despite all the crazy and fucked up things that occur around him, Self has a way of taking everything in his stride and producing some amusing and backwards philosophy on the recent events, whilst getting blackout drunk. It’s these moments that make Self such a human character. Often times he seems like a small man caught up in a whirlwind of events he has no control over. It’s like he’s on a runaway train that he knows is going to run out of track, but he just can’t seem to jump off. Other readers might also find his lack of bullshit when it comes to the reader refreshing. Self makes no attempts to hide what a slob he is and frequently asks the reader what the hell is going on and how he can sort his life out. The only things the reader is not aware of are the things that Self himself is not aware of. His habit of drinking too much causes several cases of memory loss which often means you won’t get the full story of a certain event until days later, when Self has finally remembered (or been told) what he has done.

The other characters that Self encounters often makes him seem like a saint compared to them. His new business partner, Fielding Goodney, is a slimy but smooth talking snake and the stars of his film are all incredibly vapid and self obsessed. Self is also plagued by a mysterious caller who rings him late at night to tell him how he’s got a fall coming his way. John’s father back in England is equally rejecting of him and with friends like these it’s no wonder John seeks any distractions money can buy. It’s not all doom and gloom, however. John finds comfort and peace in his friendship with the very rich but grounded, Martina Twain, who offers John a shelter from all the bullshit and backbiting money brings, whilst at the same time recommending him books to read. Another notable character featured in Money is that of Martin Amis himself. John hires Amis to help rework the script for the movie and the two end up working together and swapping their philosophical theories. How close this Amis is to the real writer is hard to say but it’s the first time I’ve read a novel that features its author as a character and it was an interesting twist.

Despite being a book about money and all the superficial bullshit that comes along with it, Money is an excellent take on the live fast era of the 1980’s as well as an examination of whether more money really is the key to happiness. I’m no hippie, but after reading this novel, the money in my wallet certainly felt a little dirtier than it did before. Money is a book I would highly recommend, for its humour, its satire, and its insight into modern man’s obsession with material wealth. I should also point out that there was recently a BBC television adaptation of the novel featuring Nick Frost as John Self. Personally, I didn’t find it as good as the book but it’s still worth checking out once you’ve read the novel.