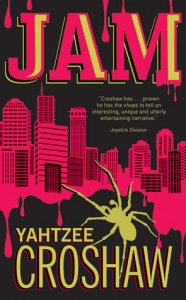 Almost every entertainment medium is awash with depictions of humanity struggling to survive after some terrible apocalypse that has destroyed life as we know it. We’re obsessed with the idea of humanity having to fight for survival from The Walking Dead, The Last of Us, The Road, The Book of Eli, Fallout, The Hunger Games, Planet of the Apes, shall I continue? Okay, The Stand, World War Z, I Am Legend, The Matrix, Terminator, Mad Max, 28 Days Later, Reign of Fire, Tank Girl, Judge Dredd, Blindness, Resistance, Enslaved: Odyssey to the West, The Day After Tomorrow, Gears of War, S.T.A.L.K.E.R. Seriously, we just love being entertained by the idea of our species being wiped out in our billions with just a few lone humans left to survive by any means.

There are a great many ways post apocalyptic media likes to go about destroying humanity, whether it be zombie hoards, a deadly virus, nuclear war, global warming, an alien invasion, asteroids, or killer robots. The best post apocalyptic media has a shocking and dramatic event occur that frightens the viewer and says something about the world we currently live in. But, what if the apocalypse is caused by something we never even thought of? What if we woke up tomorrow morning to find that the world had been covered in a thick layer of flesh eating JAM!? Well, that’s exactly what happens in Ben “Yahtzee” Croshaw’s latest novel, Jam.

The novel is told from the perspective of a young man living in Brisbane named Travis who wakes up one morning only to discover the entire city is covered in three feet of flesh eating strawberry jam. From here, Travis and his roommate, Tim, embark on a journey that sees them teaming up with a computer programmer from the flat above them, a waitress from the building opposite, and a Goliath bird-eating spider named Mary, in order to work out just what the hell is going on.

The book itself is similar in style to Yahtzee’s previous book, Mogworld, and is actually tangentially related, but by no means a direct sequel. It’s a humorous book in the style of Terry Pratchett or Douglas Adams and is definitely as gritty or dark as novels like The Road, so if you’re looking for a deep book about an apocalypse then look elsewhere.

Jam is a tongue in cheek satire of your average post apocalypse media but that’s not to say it doesn’t have its own story and characters. On the contrary, I found myself becoming quite fond of the characters and surprisingly the story does have some genuinely interesting twists and turns that kept it fresh and kept me guessing. What I found most appealing about Jam was despite the fact it was a comic take on the apocalypse genre, it was in some ways more realistic than more serious media depictions we see. Jam doesn’t feature any of the worst traits of humanity that are highlighted in gritty media like The Road or The Walking Dead but it does a good job of portraying the little day to day problems we would face if modern life were to collapse.

The fact that different characters are constantly forced to work together means there’s a lot of passive aggressive bickering, the unemployed wasters who spent their lives watching post apocalypse movies now have an environment they thrive in, and everyone is having to live on the snacks they can find in vending machines or in the local convenience store. It’s a nice change of pace from the ultra serious stuff we’ve seen before and there are some great piss takes of post apocalyptic tropes, one character constantly records everything on a video camera because “people will want to know what happened here”. I’m looking at you Cloverfield.

That’s not to say that Jam isn’t without any serious plots. As the main characters try to find out what’s going on, they come upon a government conspiracy, a mysterious pair named X and Y, a group of hipsters who have begun a new society, and a rival society comprised of middle aged office workers. Although Jam is a more light-hearted take on the apocalypse genre, a fair few characters are gobbled up by the flesh eating Jam and the feeling that no-one’s safe helps cement your fondness for each character. 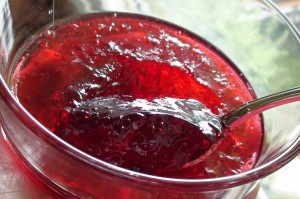 I also appreciated the fact that Jam is set in Brisbane and over the course of the novel I felt like the city was more familiar to me, as the book mentions many real locations found there. Considering I’ve never been to Brisbane, or indeed Australia, I found myself becoming quite fond of the place and I imagine readers who have actually been there or live there will appreciate this even more.

Although I enjoyed Yahtzee’s previous book, I’d say I generally preferred Jam and I think Mr Croshaw has some serious potential when it comes to a writing career. There’s definitely hints of great comic writers like Pratchett, Adams, and Woodhouse in Yahtzee’s writing and if he writes another book I look forward to reading it. All in all, the novel has stuck with me like some kind of…JAM.