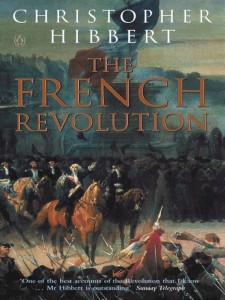 I’ve always been a big history nerd, and at school one of the subjects I always excelled in, regardless of who the teacher was, or what we were studying, was history. In my own time I also greatly enjoyed reading up on Ancient Greece, from the Spartans to Alexander the Great, as well as the Samurai warriors of Japan, the Roman Empire, Renaissance Italy (props to my homies Da Vinci, Casanova, and Machiavelli), and a summer reading a brilliant book about Jesse James (I’ll review it one day). I don’t pretend to be any great scholar when it comes to these subjects, but I’m certainly interested in them and will eat up any half decent work about them. To me there’s something fascinating about reading about great people(s) of the past, trying to get inside their heads, and trying to work out what drove them so.

That said, there are parts of my history knowledge that have great big gaps. Peoples and events I’ve either not got around to looking up or simply haven’t considered very interesting. I know nothing about the American Revolution, I couldn’t tell you much about Karl Marx, Joan of Arc, The Napoleonic Wars, or The Spanish Inquisition, and until recently I knew nothing about The French Revolution. I quite like jumping into a period of history I know nothing about and so I was excited to hunker down and learn all about The French Revolution.

Before we begin with the book I should probably point out that before reading The French Revolution by Christopher Hibbert, I’d always (naively) imagined that revolutions were great displays of man’s need for freedom, where everyday people would rise up and overthrow a corrupt government or take down a dictator. I’d always sort of assumed that the revolutionaries were the “good” guys and that the people being taken down were “bad”. After reading The French Revolution, I realised this is certainly not the case. 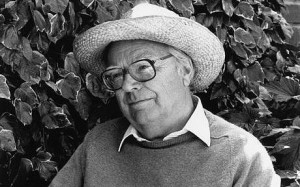 I stress the fact that before going into this book I really did know nothing about The French Revolution. I was worried that I might end up with a book that assumes you already know certain things regarding life at that time but that was not the case with Hibbert’s book. Hibbert deserves serious credit for writing a book that requires almost no knowledge of history but at the same time doesn’t feel dumbed down, abridged, or simplified. Hibbert wisely starts the book just before The Revolution and gives a thorough, but not long-winded, explanation of what France was like at that point and how the country had found itself in such dire straits.

After setting the scene, Hibbert’s book then goes on to show how the seeds of revolution where sewn and how these seeds were then watered with the blood of thousands of innocent people. When examining any period of history, it’s important for the examiner to remain unbiased and simply present the facts as we know them to be. In this end Hibbert succeeds perfectly in that he takes no sides but at the same time does an excellent job of showing every side of this bloody period. Hibbert writes about the terrible crimes committed by the Revolutionaries without pulling any punches and one cannot help but feel desperate for the countless lives (both rich and poor) that were needlessly and violently ended.

Hibbert’s accounts of the major players throughout the Revolution are honest and realistic. He accepts that King Louis was a poor king but also goes on to note that at his heart he was a good man who was simply never comfortable wearing a crown. Many revolutionaries participated for their own ends and were willing to do whatever it took to climb to positions of power. Many of them abused this power to such a degree that they themselves were executed. And of course there were those in the middle, those who genuinely wanted the best for France and its people and were horrified at the disastrous events they helped set in motion. If history can teach us one thing, it is that there is no such thing as pure good or evil. Human beings are absurdly complicated and I appreciated that Hibbert made no attempts to simplify key players and also never judged them with anything other than the facts.

As I wrote earlier, I had always imagined revolutions to be fairly black and white, with the downtrodden poor overthrowing the corrupt rich. Hibbert’s book has opened my eyes to the real horror that revolution brings in its wake, whether it’s justified or not, and from now on I won’t be able to think of the word without feeling a pang of sadness for the millions who have died in its name throughout history. Hibbert’s book doesn’t end once the king of France has been guillotined. It continues to examine the desperate struggle for power that broke out amongst the revolutionaries, the thousands who were wrongly executed in its name, and the ultimate realisation that such a bloody bid for freedom gave rise to a man who would be the emperor of France, Napoleon.

If you are looking to read up on The French Revolution then I highly recommend Hibbert’s book. It provides all the facts and information without overburdening you.