As of 2015, it has been 400 years since the final half of Don Quixote was published by Miguel de Cervantes in 1615. The first half was published in 1605 and was well regarded by its readers who would be forced to wait ten years in order to find out how the tale of Don Quixote and his squire, Sancho Panza would finish. Centuries later, the two halves of Don Quixote are published as one and the novel has become one of the most famous books in the world and one of the most influential books from the Spanish Golden Age. Don Quixote is credited as the founding work of modern Western literature and is one of the first canonical novels ever written.

The book has had a major influence on modern literature and is credited with inspiring great works including The Idiot by Dostoevsky and Gustave Flaubert’s Madame Bovary. Both Pablo Picasso and Honoré Daumier have created paintings inspired by the novel and the book has been referenced countless times in other works such as Alexandre Dumas’ The Three Musketeers and Mark Twain’s Adventures of Huckleberry Finn, and of course we also get the word “quixotic” from Cervantes’ novel.

Don Quixote has been the subject of countless essays, talks, and investigations, all of which were carried out by individuals far more knowledgeable than myself. Given that a quick Google search will net you over eight million hits, I think it would be best if I allow the experts to explain why the book has thrived for centuries and simply use this little corner of the web to give you my thoughts on how the book appears to the average reader.

Don Quixote immediately differentiated itself from most other books by requiring me to figure out which translation I should read. According to hardcore fans of the book It seems only a fool would buy the first edition they come upon. The novel was originally written in an early form of modern Spanish and whilst speakers of Spanish can still read the original (in the same way English speakers can still read Shakespeare), those of you who are reading this in English will need to find a translated edition. Given the age of the book, there are many different translations to choose from and it seems each of them has their pros and cons. 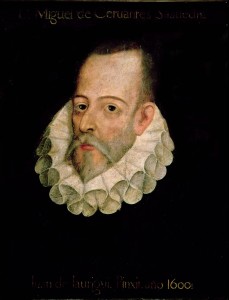 I opted to buy Edith Grossman’s 2003 translation of the novel which received critical acclaim upon its release and also includes footnotes throughout which explains certain words, points, and phrases to the reader. As a newcomer to Don Quixote and Spanish literature, I personally found Grossman’s translation to be excellent at explaining points that I may otherwise have missed, and in pointing out important notes in the text. However, there are many other translations that are equally deserving of esteem and I highly recommend you do a little research into which translation you think would best suite you. A quick Google search will present you with the pros and cons of certain translations. I would personally recommend Grossman’s translation as I found it accessible and easy enough to read.

Don Quixote tells the story of a middle aged man who becomes one sandwich short of a picnic after reading too many fantastical books about knights and chivalry which were common at the time. Giving himself the title of Don (sir), Quixote rides off to begin his own adventure. He promptly meets a simple peasant named Sancho Panza who agrees to serve as Don Quixote’s squire in the hope that he may be able to elevate his position in life.

On the epic adventure, Don Quixote’s monomania convinces him that Inn’s are castles, prostitutes are fair ladies, and of course, that windmills are giants to be slain. The first half of the book is mainly a satire of the real books of chivalry that were popular at the time. It’s also a comedy which tells the absurd situations the brave knight and his squire find themselves in. Don Quixote’s misconceptions usually result in the people around him being highly amused, but every so often the knight and his squire end up taking a beating from disgruntled locals. It never rains but it pours for poor Don Quixote but despite all this, he never once loses his enthusiasm for pursing what he believes to be his life’s calling. It’s motivating to read about a character who constantly gets beat down, only for him to rise up again and again without losing any of his spirit. 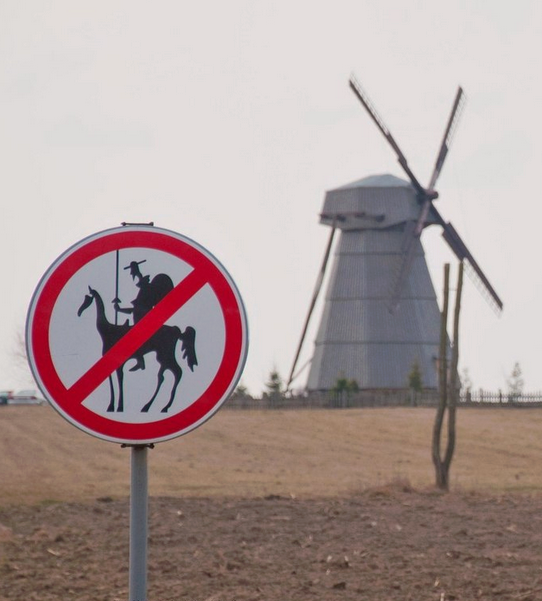 This tenacity likely comes from the author himself, who also experienced his fair share of bad luck. After joining the Spanish Navy Marines, Cervantes saw action during the naval battle of Lepanto. Cervantes was wounded by three gunshot wounds, two of which he took to the chest, and the third he took to his left arm which rendered it useless. After somehow surviving the wounds, Cervantes boarded a ship from Naples to Barcelona which was captured by corsairs and resulted in Cervantes spending the next five years as a slave. After being ransomed back to his family, Cervantes then worked as a purchasing agent for the Spanish Navy but due to discrepancies in his accounts, was imprisoned at least twice. Cervantes was later able to support himself with his military pension and was able to pursue his writing full time. In 1616, Cervantes died in Madrid due to type 2 diabetes at the age of sixty-eight. Despite all his setbacks, Cervantes still pursued a writing career throughout his life. For a man to survive all these experiences and still have the desire to pursue a literary career, Cervantes must have certainly had some spirit.

The second half of the novel takes a more philosophical stance and raises many questions about the condition of madness, the perceptions we all have of the world, and questions of morality and deception. Published years after the successful first half, the story differs in that many of the characters Don Quixote and Sancho meet have already heard of the famous knight and read about his exploits. This reaches a head when a Duke and Duchess decide to pull elaborate pranks on the knight and his squire simply for their own amusement.

Now we’re going to touch upon the end of the book so if you don’t like spoilers, skip this paragraph. Near the end of the book, Don Quixote does battle against the Knight of the White Moon who unbeknown to Quixote, is a man from his hometown who wishes to try and cure Quixote’s madness. Don Quixote agrees that should he lose the challenge, he must return to his village and not take up arms for one year. Unfortunately, Quixote is defeated and despite asking the Knight of the White Moon to kill him rather than dishonour him, Don Quixote is forced to hold up his end of the deal. Upon returning to his village in utter defeat, Don Quixote takes a fever and is bed bound. Before he dies, Don Quixote has a dream which restores his sanity and makes him see his foolishness. After asking forgiveness for the havoc he’s caused and saying goodbye to his faithful squire Pancho, Quixote dies. The ending appears to split readers. It is without question that Don Quixote is indeed mad when it comes to his ideas of being a knight, but it could be argued that despite his madness and foolishness, he was indeed a truer knight than any who came before him. During the entire book, Don Quixote never once strays from his code of chivalry or shows fear in the face of his enemies. Before he became a knight, Quixote lived an unremarkable, dull life which only changed when he took up his lance. Was his life not better when he was following his dream? Perhaps the fever that killed him was really borne from the cynical world around him which couldn’t accept what he was? Without a life of chivalry, maybe Don Quixote saw no reason to keep going, or maybe it was all the foolishness of a madman who read too many books? A madness that Don Quixote briefly lived to see come to an end. That’s for you to decide. 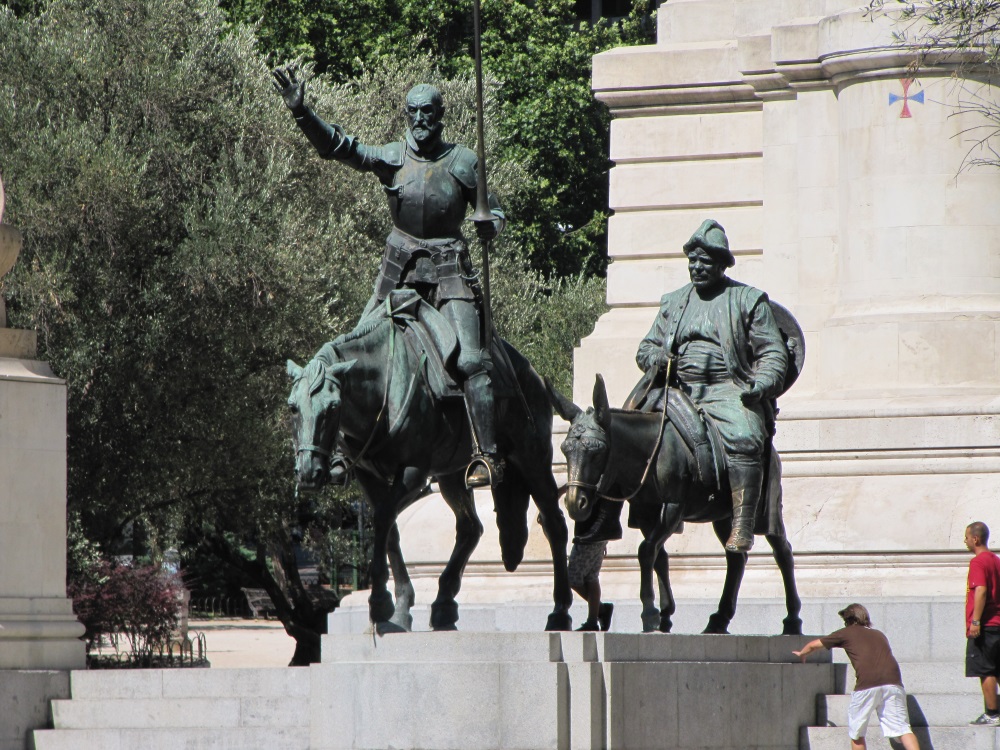 Statues of Don Quixote and Sancho Panza that stand at the Plaza de España, Madrid.

All in all, it’s easy to see why this novel has thrived over the centuries. Reading it was not only entertaining and interesting, but also allowed me to see how Cervantes, like Shakespeare, helped pave the way for future greats like Dickens, Austen, and Tolstoy. When I was halfway through the book and still had another five-hundred pages to go, I sometimes felt like my adventures with Don Quixote and Sancho Panza would never be over. However, now they have indeed come to a close, I find myself wishing we could go on just one last sally. This is definitely a book worth revisiting.