Well, well, well, a review of a classic Christmas book just seven days before Christmas day, aren’t I the professional? In all serious though, not only is A Christmas Carol the best Christmas themed piece of media ever, it may well be just about the greatest novel ever written. Putting its Christmas theme aside, A Christmas Carol still manages to explore the nature of man, the idea of peace and good will, and the notion that it’s never too late to change, all in one simple but highly touching story. Since it was first published in 1843 the story has gone on to touch millions of people over the last 170 odd years and has been adapted countless times by every artistic medium from Musicals to Movies, from Television to Graphic Novels. You would be hard pressed to find anyone in the modern world who has not seen one adaption or another, even if they haven’t read the book. Names like Scrooge and Tiny Tim are as deeply etched into popular culture as Superman, Coca-Cola, and The Simpsons, perhaps even more so. Now, without further ado, let us discuss A Christmas Carol.

Despite trying to be as well read as possible, I am ashamed to say that this month marked the first time I’ve ever actually read a book by Charles Dickens. Pretty appalling really, when you consider that Dickens is probably the greatest writer since Shakespeare, but hey-oh. Over hyping something is a pet peeve of mine so as you can imagine, I was pretty skeptical as to whether A Christmas Carol could live up to it’s legendary status. Sure, I expected it to be good, but would it be worth all the countless adaptions and references we see? The short answer is yes. Not only did A Christmas Carol meet my expectations, it exceeded them. In less than 200 pages, Charles Dickens has managed to tell one of the most profoundly touching tales I’ve ever read, and it is no wonder to me that this book has become so well read and become so ingrained in popular culture.

Almost everyone is familiar with the story of Scrooge, a grumpy old man who values money and work over cheer, friends or family. Christmas is, of course, his least favourite time of year and he refuses to let his employees have so much as an extra shovel of coal, and resents them even having Christmas Day off to spend with their families. Caring nothing for his own employees, he cares even less about the poor, starving, and homeless, and says as much when asked to donate some money for them. All this starts to changer however, when the ghost of Scrooge’s recently deceased business partner, Jacob Marley, visits Scrooge late that night and warns him that he will be visited by three ghosts who will show him the error of his ways. The first ghost to visit Scrooge, The Ghost of Christmas Past, shows Scrooge scenes of his past which remind Scrooge, and informs the reader, that Scrooge was not always the cold miser he has become. We learn that Scrooge had a lonely childhood with an absent father, and that he was very fond of his younger sister who later passed away. From here the Ghost shows Scrooge scenes from his early adult life, where his wife comments on how she believes that Scrooge has begun to love money more than her. The Ghost then shows Scrooge a scene of his wife with her new, more caring husband, and their children, who could have been Scrooge’s. 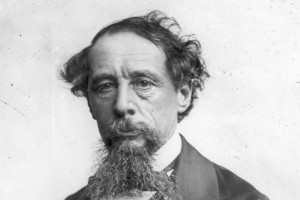 Scrooge and the ghost return home where the ghost departs and leaves Scrooge to ponder on the man he has become. A few hours later, the jolly Ghost of Christmas Present reveals himself to Scrooge and Scrooge accompanies the ghost as he shows Scrooge the poor inhabitants of London still managing to find Christmas cheer. The ghost also uses his powers to add cheer and comfort to all those who are in despair over Christmas. The Ghost of Christmas Present then shows Scrooge his Nephew and his family celebrating their humble but cheerful Christmas as they raise a glass to (the seemingly absent) Scrooge, despite his foul mood all year. The ghost then shows Scrooge the home of one of his employees, Bob Cratchit, who’s family and him are celebrating Christmas with cheer, despite their very poor life. The ghost points out Tiny Tim, Bob’s weak, disabled son who despite his troubles is as cheerful and happy as the rest of the family. Scrooge asks the ghost if Tiny Tim will survive, to which the ghost replies: “If these shadows remain unaltered by the Future, the child will die,” he then quotes several cold, unkind things Scrooge had previously said about the poor and needy, much to Scrooge’s shame. The ghost then reveals to Scrooge two children that accompany the ghost, a boy named Ignorance and a girl named Want. He advises Scrooge to be careful of both but especially Ignorance, “for on his brow I see that written which is Doom”. The two return to Scrooge’s home where the ghost fades away.

A short time later, Scrooge is visited by the final ghost, The Ghost of Christmas Yet to Come. Unlike the previous ghosts The Ghost of Future Yet to Come is a terrifying sight to behold. The ghost appears as a figure in a long black cloak and does not speak. The ghost then shows Scrooge three wealthy men who are making jokes about a recent death, and how it will be a cheap funeral with no mourners. Next, Scrooge sees three of his employees stealing some of the recently deceased man’s possessions and selling them to a crook named Old Joe. The ghost then shows Scrooge the corpse lying in a bag on a mortuary table. Scrooge begs the ghost not to unmask the man and comments on how he wishes he could see at least one person who shows any emotion over the man’s death. The ghost then shows Scrooge Bob Cratchit and his family mourning the recent death of Tiny Tim and damming the deceased man for not helping them. The ghost then transports Scrooge to the man’s grave where it is revealed that the grave is Scrooge, and the dead man was him. Scrooge is horrified and begs the ghost to tell him if and how he can change his fate.  The ghost says nothing and disappears.

Scrooge awakens in his bed on Christmas morning and understands that the ghosts were a warning about what will pass should he not change his ways. With joy in his heart, Scrooge visits his nephew for Christmas and anonymously sends a prize turkey to the Cratchit family. He gives his employees a raise and becomes good friends with the Cratchit family and with Tiny Tim, to whom he becomes a second father. For the rest of his days Scrooge treats everyone with kindness, compassion, and generosity, and embodies the spirit of Christmas.

As I mentioned earlier, A Christmas Carol is such a short novel, you wouldn’t expect that so few pages could be enough for any great literature, and yet it contains some of the best ever produced. You may be unaware, but Dickens was a vigorous campaigner for children’s rights as well as a sympathiser for the poor and oppressed, even opening a home for fallen women with Baroness Angela Burdett-Coutts. His sympathy for the lower classes shines in this book and the message of kindness and goodwill towards all is the true theme of A Christmas Carol, rather than one of religion or politics. I’m not religious myself and I truly believe that anyone, of any background or faith (or lack of faith), can appreciate the beauty of this book. Upon its release, critic William Makepeace Thackeray called the book, “a national benefit and to every man or woman who reads it, a personal kindness,” whilst the usually vocal critic of Dickens, Theodore Martin, called it a work of “much social good,” and with all of these critics I can only agree. I really don’t consider myself to be a soppy sort of person but I will confess without any irony or cheesiness that even my cold heart was touched by the delicate emotion that is subtly employed by Dickens. I may have even had slightly misty eyes when reading about Tiny Tim and the poor but happy Cratchit family.

A Christmas Carol is the perfect antidote for anyone feeling jaded or cynical about the commercialised nature of Christmas these days. It seems somehow fitting that such a small book should have so much heart and so much to say about humanity, and about this cold time of the year so many of us call Christmas. Regardless of whether you’re a Christian, a Muslim, a Buddhist, a hardcore Atheist, or whatever, you owe it to yourself to get a nice hot drink and to sit in a nice comfy chair and read A Christmas Carol on a dark winter’s night. I guarantee you’ll be better for it. So, whoever you are, wherever you are, regardless of your faith or beliefs, I wish you a Merry Christmas or Happy Holidays and hope you have an excellent 2015.