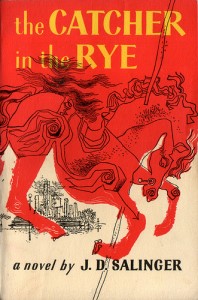 SPOILER ALERT! In this review I will go into detail regarding the plot. To be fair, the book has been out for over sixty years.

“Don’t ever tell anybody anything. If you do, you start missing everybody.” – Holden Caulfield.

The media tends to portray adolescence as a carefree time in ones life full of fun, self discovery, and opportunity. Countless coming of age films tell us that our teenage years are the best years of our lives. This, in my experience, is a fallacy.

I don’t think I’m alone in regarding teenage years to be filled with some of the most difficult learning curves anyone experiences as they grow. Puberty is a seemingly endless list of Catch 22’s (I’ll read that soon), for instance just as you become sexually mature, your body decides to sprinkle your face with acne just to make talking to your teen crush even harder than it already is. Some young men will attempt to grow facial hair, only to find that they look like they’ve sprinkled bum fluff over their top lip. Women in particular get a bad time as they find out that sooner or later they will have to endure menstruation pains once a month for about thirty years. As if all this wasn’t bad enough, your mind will start fucking with you too. You’ll be prone to mood swings that range from feeling as depressed as Morrissey on a Monday morning to feeling as self conscious as Tom Cruise at a tall mans convention. My point is, teenage years are glamourised by films and TV to make it seem like they’re full of sex, drugs and parties, when in reality they’re full of monotony, fear, and self loathing and self consciousness.

The aforementioned symptoms of growing up aren’t, to my mind, the worst thing about your teenage years. The worst thing is arguably the inevitable loss of innocence one must endure as they “grow up”. As children, most of us can’t wait to be another year older, after all, when you’re older you can go to bed late, you don’t have to eat your vegetables, and have money to spend on whatever you like. We want to grow up so badly that we take for granted all the perks childhood has to offer. Adults might occasionally warn us not to grow up too fast, just as adults told them when they were children, but we never listen, and why should we? Being a child can be so frustrating. You want to be able to stay up late like your older sibling or watch films that are considered too mature for your age. As you become older there may well be times it feels great to be able to drive, or get a job and start earning your own money. At some point, sooner or later, you may well find yourself not wanting to age another year. You might well wish you could freeze time and stay the way you are. A few years later you might find yourself looking back on your childhood and thinking that growing up wasn’t all it’s cracked up to be and that perhaps childhood wonder and innocence isn’t worth nearly as much as underage drinking and a snog with Gavin behind the bike shed. At some point you might even find that you wish you could go back to being that child who’s world was no bigger than his/her street and who didn’t know about things that weigh you down now. Of course you can never go back, and the worst thing about all this is that you willingly walked right into the trap. But how could you have known? You were just a kid. 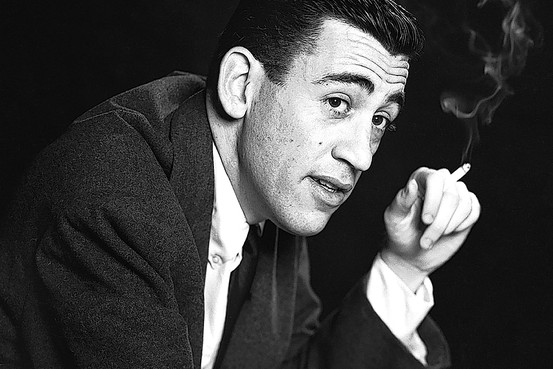 I first read The Catcher in the Rye when I was seventeen. I was pretty miserable back then and the fact I’d just dropped out of school due to health issues wasn’t improving the matter. My eighteenth birthday was fast approaching and I felt a great sense of anxiety regarding the idea of becoming an “adult”. At seventeen I’d had a small taste of what adulthood was like and so far it seemed awful. Feeling pretty sorry and lonely, it was by chance that some hope came my way when my mother just happened to buy a copy of The Catcher in the Rye for me. Upon reading The Catcher In The Rye, it instantly became one of my favourite books and will forever have a special place in my heart, hell, I read it once a year, every year, ever since I was seventeen.

The Catcher In The Rye is a kind of anti coming of age novel that follows Holden as he drops out of school and spends a few days haunting the streets of New York as he attempts to reconcile his fears of growing up whilst letting go of his childhood, all the while telling us about the loss he feels for his deceased brother and the hopelessness he feels at not being able to prevent either he or his sisters maturing. As Holden both physically and mentally deteriorates over the course of the novel, he eventually has an epiphany as he watches his younger sister ride the carousal. Whether this epiphany is one of hope or despair is up to the reader to decide, regardless, the pain of Holden’s past, plus his trip to New York finally reaches a tipping point and it seems Holden is now recovering in a mental home from where he writes this story.

On the surface, The Catcher in the Rye may seem like a somewhat uneventful novel. Holden is a pretty normal kid, nothing especially big happens to him and he isn’t involved in any world changing events. I kept expecting something huge to happen, like Holden going out in a blaze of glory, but nothing huge did happen. This to me is what makes Holden’s story strike a chord with generation after generation of confused, young people. Holden doesn’t breakdown due to one massive, unique event, but rather due to a series of events that add more and more weight to Holden’s baggage until eventually he breaks.

Holden Caulfield personifies the transition from child to adult and the confusion and pain that comes with it. He may act like a chain smoking, whiskey swilling rebel, but in reality he’s a child who’s terrified of growing up and having to fit in with a world of phonies. It’s no wonder the book has become a classic. Salinger, Caulfield, I tip my red hunting hat to you both.